Get fresh music recommendations delivered to your inbox every Friday.
We've updated our Terms of Use. You can review the changes here.

The Landscape Of Love 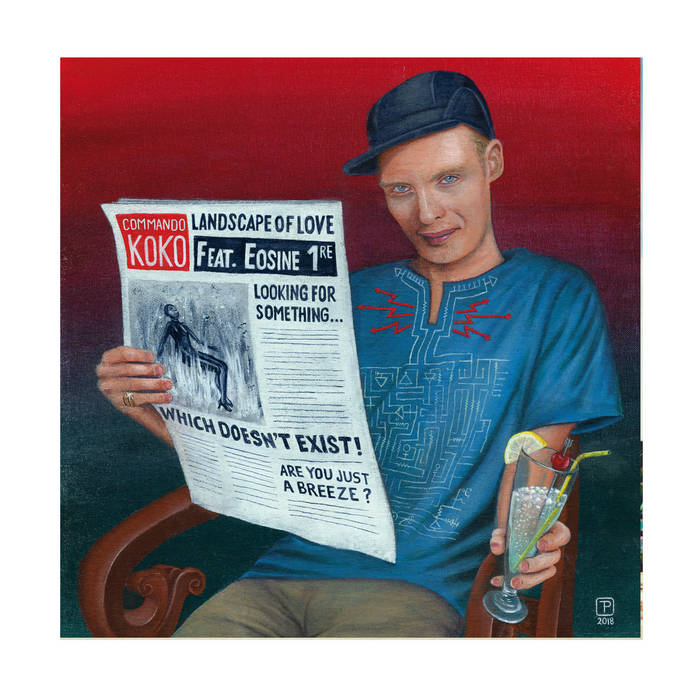 After many freaky cassettes, Commando Koko's new effort is a 7" all for the love of modern funk. Boogie dancers, be ready to shine in the Landscape of Love and cry to a refreshed new jack swing B-side.

Commando Koko has many facets. Like a disco ball. He expresses his love of dance music in many different ways, always on the shady side of the beat... His live form is still very gear oriented with a collection of drum machines, analog synthesizers and cassettes in which a slight noisy approach electrifies an otherwise very groove oriented set.
The stylistic range is wide, from old school house to electro funk to ballroom extravaganza, exploring sweet Rn'b and frenetic grime. No limit but the beat. Originally known as Der Kommissar for his illustration and poster artwork, he was also a bassist in the acid rock trio NED.
His new effort is a 7" released by S.K records and Atomic Bongos all for the love of modern funk.
Tristan started making music in the mid 90s and was at first strongly attracted like all of us to the vast and iconoclast world of punk rock. As diverse as it was back then and particularly in the underground local music scene, there were many bridges to get into all other kinds of strange and unconventional music and many encouragements to be curious and adventurous. Which we indulged in with utter interest. There were certain red lines though, for punk rock kids, dance music was uncool except when the attitude was cocky, negative. Those were the days of hard techno and drum n'bass... At first in an attempt to shock the chickenshit conformism of punk rock at the time, Tristan pushed on is band NED an interest in disco ,funk, r n'b and eventually house music. This can eventually be heard on the band's latest album « Bon Sauvage » and in their later years untill their permanent hiatus. Tristan continued from there to explore that route with the moniker Commando Koko.

Recorded in Lyon & Les Lilas, France, 2018.
Mastered by C. Chavanon at Kerwax Studios (side A) / Julien Guillot aka Stazma (side B).
All tracks produced and programmed by Koko.
Vocals / lyrics : Eosine 1re.
Guitar : A. Capelli (side A).
Painting by Commando Koko aka Der Komissar.

Atomic Bongos is a european nomadic label . Hit us up at atomicbongosrecords@gmail.com or visit our website: www.atomicbongos.org

Bandcamp Daily  your guide to the world of Bandcamp